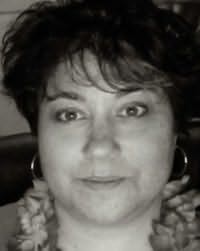 Since the publication of her first book in 2004, Melissa has had close to fifty romances published. She writes in genres from historical suspense to modern day erotic romance to futuristics and paranormals. Included in those releases is the bestselling Harmless series. In 2011, Melissa branched out into self-publishing with A Little Harmless Submission and the popular military spinoff, Infatuation: A Little Harmless Military Romance. Along the way she has garnered an epic nomination, a multitude of reviewers recommended reads, over five Capa nods from TRS, three nominations for AAD Bookies and regularly tops the best seller lists on Amazon and Barnes & Noble.

Since she spent her childhood as a military brat, Melissa swore never to marry military. But, as we all know, Fate has her way with mortals. She is married to an AF major and is raising her own brats, both human and canine. She spends her days giving in to her addiction to Twitter, counting down the days until her hubby retires, and cursing the military for always sticking them in a location that is filled with bugs big enough to eat her children.
Series
Once Upon an Accident
1. The Accidental Countess (2005)
2. Lessons in Seduction (2008)
3. The Spy Who Loved Her (2012)