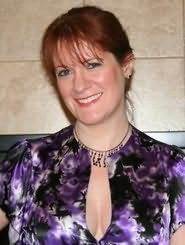 Born in a small town on the coast of North Carolina to strict parents, Tracy St. John started out as a quiet, shy child. She was typical for her small town: studying hard for good grades, fishing with her dad on Saturdays and attending church on Sundays.

When adolescence kicked in, so did full-on rebellion. School, family and church fell by the wayside as Tracy partied too hard with the wrong people. Somehow surviving her wild-child phase, she pursued several careers before finally settling on video production and writing.

A string of failed relationships prompted her to give up on lovewhich of course meant fate immediately tossed Mr. Right her way. After only 4 months of dating, she eloped with the love of her life. They just celebrated 14 years of wedded bliss.