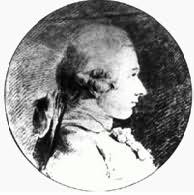 France (1740 - 1814)
The Marquis de Sade was born in Paris in 1740 and served as a cavalry officer in the Seven Years War. His debauched life led to long periods of imprisonment, during which much of his work was written. The revolution freed him and he became a zealous revolutionary; however the publication of such works as Justine and La Philosophie dans la boudoir resulted in his renewed imprisonment and in 1803 he was declared insane and committed to the asylum at Charenton, where he died in 1814.
Novels
The 120 Days of Sodom (1782)
Justine (1791)
Philosophy in the Bedroom (1795)
Juliette (1797)
Incest (2013)
Dialogue Between A Priest And A Dying Man (2013)

Novellas
The Charenton Journals: Prison Diaries of a Sadist (2013)