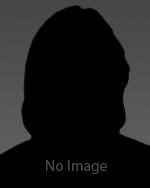 Kallypso Masters writes emotional romance novels with dominant men and the women who bring them to their knees. Sometimes it seems she lives with these Masters at Arms Doms twenty-four/sevenyes, they tend to dominate her life. Often, shell wake up with one or more characters waiting by her bedside to share some delicious secret about themselves. Its a tough job, but she loves every minute of it.

Kally has been writing full-time since May 2011, having quit her day job the month before to pursue a full-time writing career.Masters at Armswas her debut novel (published in August 2011) and was followed byNobodys Angelin September andNobody's Heroin December. (These are just the manuscripts shes allowing to be published to date. Many earlier ones will remain in that box on the shelf where all practice novels should go.)