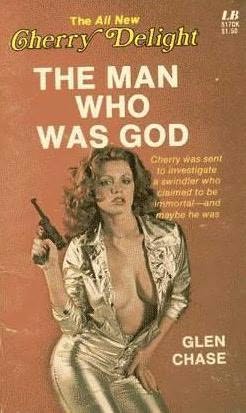 The Man Who Was God


The Immortal He called himself Hamikar and he told his followers that he had never been born and would never die. He didn't need to sleep, to eat, and to drink. And his followers, most of them rich, believed him without question. it was when one of Hamikar's followers, a wild young heiress with a drug problem, attempted her own immortality by diving out a window. That is when Cherry Delight was called in to investigate. Cherry works for D.U.E. (Department of Unusual Events) and she checks peculiar cases in all parts of the world. But this one proved to be a corker because Hamikar, for all his fakery, was a very dangerous man with some very real powers.


Visitors also looked at these books

It's Getting Harder All the Time
(Coxeman: The Man From O.R.G.Y., book 5)
Troy Conway